Our Alternative Dispute Resolution (ADR) services are focused on commercial disputes. Maureen regularly serves as a mediator, arbitrator or counsel in ADR settings. In addition to our active private and non-administered ADR services, Maureen is a member of several ADR facilitation organizations including many of the American Arbitration Association's specialized panels, such as its Large and Complex Case Panel. Maureen has also qualified to conduct international arbitrations as a Fellow and Chartered Arbitrator with the Chartered Institute of Arbitrators and the International Institute for Conflict Prevention & Resolution. She is also on the roster of National Arbitration and Mediation. She has been acknowledged by her peers by being inducted as a Fellow to the College of Commercial Arbitrators. Maureen maintains an office in New York and Arizona to facilitate her ADR practice.

Nationally recognized as a top arbitrator, since 1995 Maureen has served as an arbitrator and chairperson in hundreds of arbitrations throughout the United States, involving a variety of business disputes, many of which presented complex commercial issues. Maureen’s service as mediator includes her creative business solutions as part of any attempted resolution.

Maureen doesn’t just dabble in ADR. She is actively involved in the practice of advancing effective and creative dispute resolutions. In addition to hundreds of hours teaching and attending alternative dispute resolution programs, Maureen has attended formal mediator training at the Strauss Institute for Dispute Resolution at Pepperdine University School of Law. 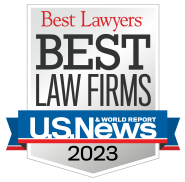 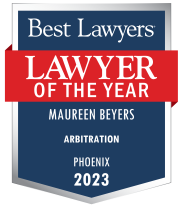 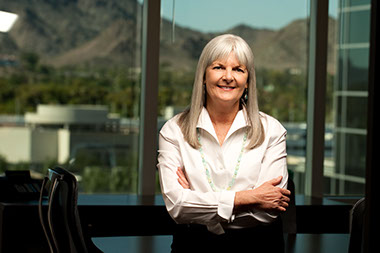 Check Maureen's availability for your next mediation or arbitration:

In addition to other recognitions, Maureen is acknowledged as

Maureen featured in "Attorney at Law" Magazine as Arbitrator of the Month. September 2018.